In case anyone hasn't already noticed. I don't have as much time as I used to, to develop and create, or script and code. My real life job has overcome everything that I used to enjoy doing outside of actual work.
I haven't been actively developing this project for a while now and haven't released an updated version. Alot of that has to do with a crashed hard drive that contained the original project and had some major work done towards a newer release, and having to revert back to the last source code from what I assume was a private release. I will eventually figure it out. There was a plan to combine x86 and x64 into a unified release because of the changing of times and hardware as well as including newer required runtimes as well. The original downloadable was roughly 200mb before the development crashed and I was still concerned about being able to install on legacy systems while trying to create a bootable Windows based image that would provide some sort of front end user interface that I haven't been working on in 4 years, but was hoping to provide something third party.
Basically, as a sole person on this project, I need help, the source is included with each release, please feel free to provide insight, motivation, skills, etc.
Posted by netsendjoe at 8:19:00 AM 2 comments:

It is a very unfortunate event that I've had two hardware catastrophize in recent months.
First, my motherboard shorted out. Second, the hard drive containing all my projects and all of my music mixes became victim of a corrupted MFT (Basically a table that tells the drive where my files are)
While, I have been able to replace my system components, I have been currently unable to recover project files from EmuPack, which in a way means that the next EmuPack will have to be reconstructed from previous source files that I luckily saved inside the redistributable.
This huge inconvenience offsets everything in a major way. Since I really haven't done much work on EmuPack in a long time, coming back to an old project, and having to recover anything I can, while updating with current release media, and all the other potential changes that I originally had in mind all becomes a huge undertaking.
That is why I'm calling this post EmuPack 2017, because putting together something worthy of release is going to take awhile and lots of testing.
Posted by netsendjoe at 9:18:00 AM 3 comments:

As of late, I still haven't been compiling builds. I've been busy in real life with my job.
I'm still collecting new builds of emulators and the amount of work to put together a new build at this point is a little overwhelming because of the time to get it all together and then testing that may be required afterwards. With the release of Windows 10, I would like to get this work underway with the updated icons and updated builds because there is a lot of great progress that was made by the developers and emulation communities that build the emulators that I repackage into EmuPack. Stay tuned, EmuPack 2016 beta may be come out eventually. Always open to input or anyone who wants to help out.
Posted by netsendjoe at 7:44:00 AM 2 comments: 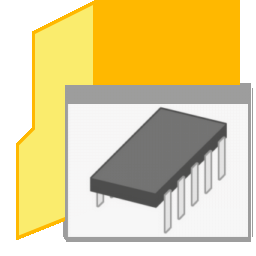 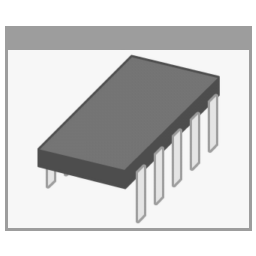 EmuPack 2015 Beta
This past June several emulators stopped compiling 32-bit builds. What this means for EmuPack is that development of the 32-bit and 64-bit branches are going to be merged. I've already been testing a unified compile for over a year now.
There will also be some major changes to the way runtimes are installed for EmuPack 2015 (2.0) I'm going to be integrating official Microsoft runtime installation files which is the proper method that I should have been using from the start. Currently runtime files are basically copied to the system directories and marked as a SharedDLL. This method works for most emulators that search the system directory for the runtime files (some require it in their own folder), but this method does not install all the files from each runtime, therefore may not correctly register the system files or follow locale in the way that the official runtime installers would. I've discovered a Microsoft runtime redistributable created and maintained by McRip that includes legacy and current Microsoft Visual Studio runtimes that install using Microsoft's Software Installer technology. I will integrate this into EmuPack as well as allow the installer to check for an updated "VC_RedistInstaller.exe". I may even include the DirectX9 Web Redistributable.
The main reason I like including different runtimes with EmuPack has alot to do with other software stuff that I do such as installing software on a freshly formatted computer. Some of the runtimes are important to other programs that you may not even realize are using them.
These changes may add some extra filesize to the EmuPack download and may also make it harder to install on system with less than 1GB of free ram, so I may need to loosen up on the installers compression, which yet again may add to the downloaded filesize, but these changes will be necessary in order to move forward. It should also be easier to eventually add a frontend, which is no longer in the plans for EmuPack 2015 (2.0) but may end up in a future version.

EmuPack 2014 Release Candidate
With the shift to x64 builds, I should really get together a final version containing the last x86 builds for those emulators. There have been a lot of updates to the emulators in the collection and some runtime updates. Since the ongoing lapse of time, I really haven't been updating or compiling EmuPack like I should. I've decided that this compile will end up becoming EmuPack 2014 being developed alongside EmuPack 2015 beta. I haven't worked on the frontend in more than 2 years and have been considering just releasing a final EmuPack and stopping development. Though releases are infrequent, I'm sure I'd still make a new build from time to time.

An issue I found was with some of the SDL dll's being outdated causing the installer to be large than previously expected. I've been testing 1964's performance against Project64 and will probable replace it before this coming release. As well there have been several stable emulator releases that I want to solidify before continuing onward. I've added and modified code originally intended for EmuPack 2015 (2.0) in order to develop both at the time. I've added an icon for Wonderswan to complete the iconset. I hope to get everything else together very soon to get this much needed release out the door and start the 2015 beta testing.
Posted by netsendjoe at 6:54:00 AM No comments:

http://emupack.software.informer.com/
has a cool video clip showing off an earlier release of EmuPack

Welcome to the new EmuPack blog.

If you're new to EmuPack, it is an InnoSetup installer script that I've written for a collection of emulators. Its main purpose is to put icons and file associations to different filetypes that each emulator supports. An emulator attempts to reproduce the inner workings of a video game console, allowing you to play roms, which are backup image files of game cartridges or media. This helps preserve classic gaming when the real consoles and games become harder to find. Additionally, EmuPack can now optionally add a Roms Library (Windows Vista/7/8 and can install an Icon in My Computer (Windows XP/Vista/7/8)

Lets not forget that EmuPack would not be possible without the many open source developers who contribute to the various emulators included with EmuPack. EmuPack is a non-profit project developed for educational and evaluation purposes.

More recently I've also been working on a frontend which will  show you a list of the emulators installed through EmuPack and helps you configure various file associations. Because many emulators offer SVN (Simple Version Numbering) builds that are compiled almost daily, EmuPack releases will also include fixes, enhancements and/or new features. The frontend will eventually serve as an easy way to keep your emulators up to date when new releases are made.
Posted by netsendjoe at 12:26:00 PM No comments: